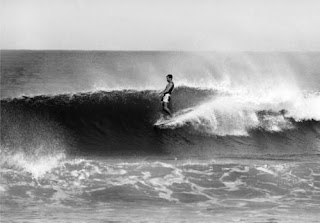 Today would have been Miki Dora's 85th birthday...although I doubt he would give a hoot if he were still alive. (Not the most sentimental guy!)

Dora's star -- in term of his personality --  has risen and fallen many times over the years. Some see him as a noble rebel. Others as a two bit grifter. Probably a large measure of both.

But, his incredible wave riding has remained a constant. Thankfully, we have a pretty good record of his talents on film. Because of that, surfers who were as yet unborn when he passed away in 2002 hold him in the highest regard as a waterman.

That said, I'm not sure how we made the transition from his standards in the water to where we're at today... 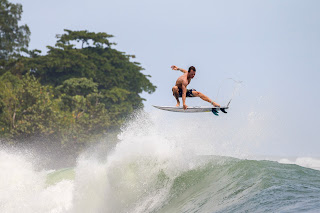 When surfers went from "feeling/blending" to "What does this look like in the mag?".
speedshaper