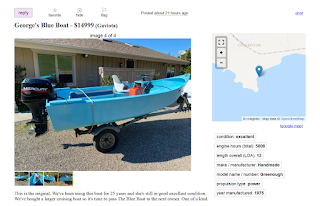 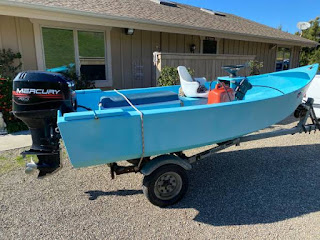 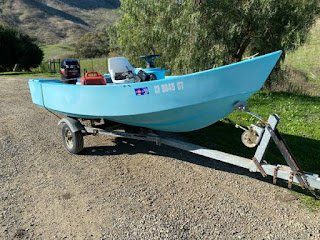 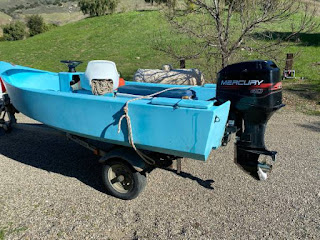 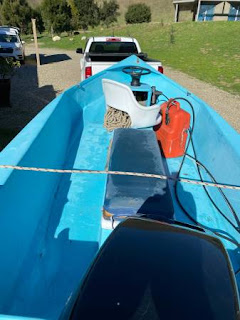 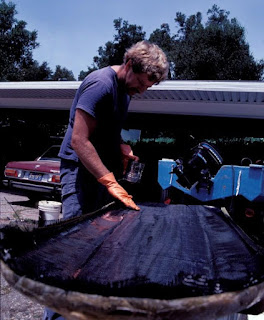 George and I built that boat in 1978, or thereabouts. It was made of marine ply, with the panels stitched together with copper wire, then laminated inside and out, then all the interior compartments were made separately and installed. The entire project took only 3 days! (George had planned it out, in detail, well in advance.)

The first day we took it out was a rainy, southeast wind day at the SB harbor. It cut through the miserable bump like a hot knife going through butter. Made many surf trips in that boat, including jaunts out to the islands. It rode like a 20 footer, at least.

This boat became the basis for all of George's subsequent boat hull designs. I think Wardie Ward had it after George moved full time to Australia in the mid-90's. Not sure who is selling it now...
Posted by Paul Gross 2 comments:


Posted by Paul Gross No comments: 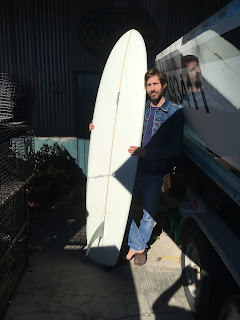 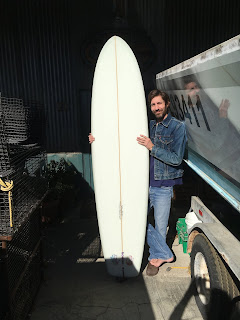 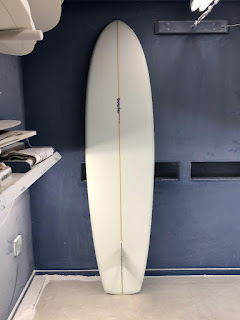 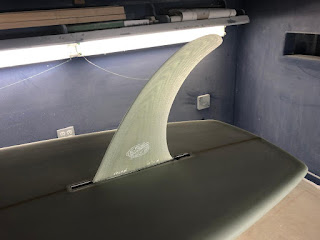 How do you do? Hope this message finds you well.

Yeah, the board is bananas, to say the least. It passes the under-the-arm test you previously spoke of with flying colors and I cannot sing Tim's praises enough.

Tim Bowler Volan 10" A (courtesy of Chuck Ames, on the natch)

Greenough's original Baby Surfboard. 7'8'' long. Built c. 1962...ridden by Bob McTavish in 1968. The board originally had a glass on fin, but Bob installed a WAVE SET fin box and dropped a huge Stage 3 fin in it. Last seen with Alby Falzon in Carpinteria when they were filming Crystal Voyager in 1972. 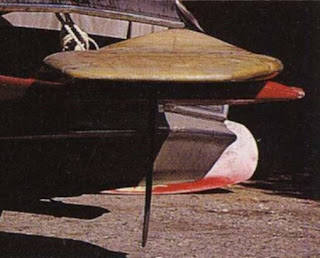 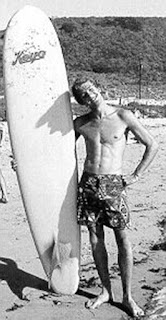 Nat Young at Malibu, Summer of 1968. His board is a Keyo roundtail with a deep hull and narrow flex fin...which was designed by George G. 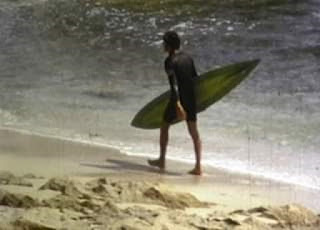 Nat Young with a Pat Morgan board, most likely Fall of 1974. Dead flat bottom, edgy down rails, long base keel fin.


Posted by Paul Gross No comments: 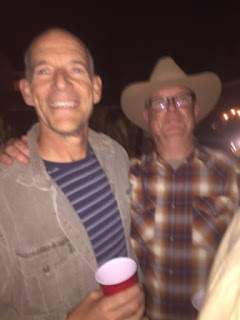 Hi Paul,
I hope you are doing well.  How’s the new Simmons board going?

I went to a hull function last night that KP and Marc Andreini put on in Venice last night with some group called the Farm League.

On display were the 8’4” and 9’4” that you shaped at Our Blue Planet, as well as a host of other hulls most of which had been shaped for The Day of Days.

It’s always fun to see KP in his element.  Frenchy was there too in his cowboy togs cooking BBQ. 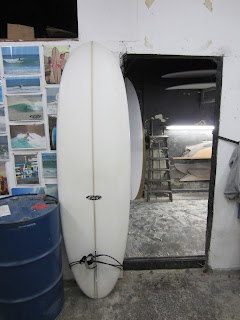 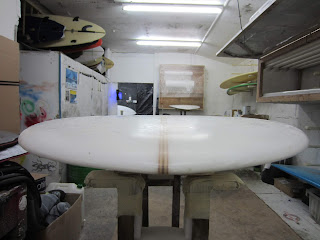 Hi Paul,
See attached my current favourite board. 7' x 23 x 3 1/8. Low rocker and not too hully especially the last 1/3 which is pretty much flat. We're close to most of the storms which make our waves here in the UK, so although we get a lot of surf, we don't get much in the way of clean lines so a lot of direction changes are in order and most of my personal boards [and customers boards] are below 8' but thick and wide instead. 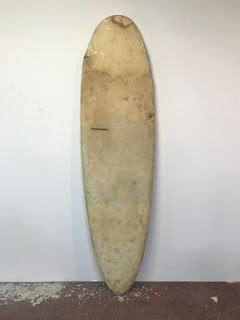 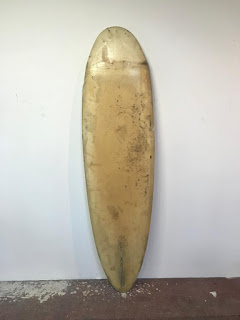 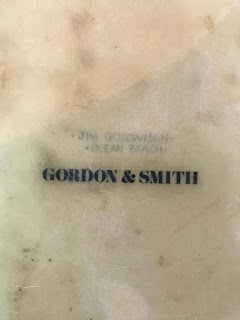 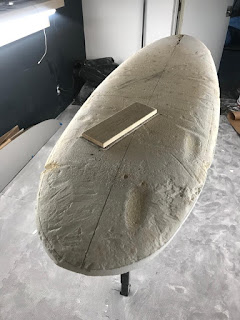 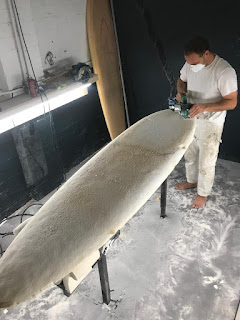 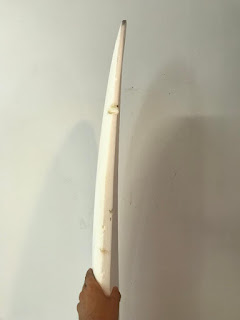 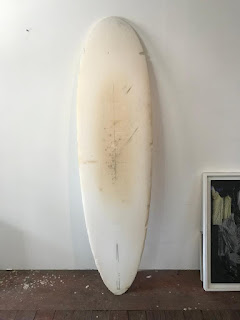 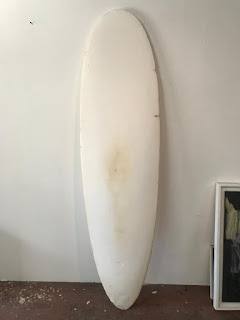 I was given a transition board that was beat recently from someone’s backyard they were gonna toss. Ripped the glass off and have been refining it with my friend Steve.
It had the right low tail rocker and a ton of foam to work with.  The tail was surprisingly thin and well refined for how old it was.
Still need to fill the gaps and refine the rails. Here are a few pics.
Orion

Posted by Paul Gross No comments: